The Border Patrol is specifically responsible for patrolling the 6,000 miles of Mexican and Canadian international land borders and 2,000 miles of coastal waters surrounding the Florida Peninsula and the island of Puerto Rico. Agents work around the clock on assignments, in all types of terrain and weather conditions. Agents also work in many isolated communities throughout the U.S. 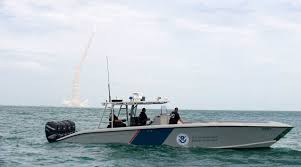